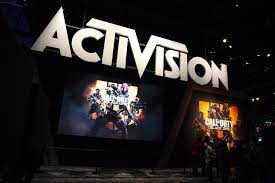 An unexpected earthquake has shaken the technological world and, specifically, of video games, at the beginning of this year 2022. The powerful company of Bill Gates, Microsoft, reported the future purchase of the company Activision Blizzard , developer of successes such as the saga Call of Duty (the undisputed jewel in the crown), Tony Hawk’s Pro Skater or Crash Bandicoot .

One of the bombs of the year

The video game industry has started January with this unexpected news, not only because of what it means for the gamer community , but also because of the final amount of the operation: 60,000 million euros. In fact, it has broken a record, being the largest technology deal in history. The previous agreement with the highest amount dated from 2016, when DELL took over EMC for 59,000 million euros.

However, Microsoft still has to get approval from Activision shareholders and, more importantly, from regulators who have to give the deal the go-ahead,  which will take between 12 and 18 months .

“From a regulatory perspective, Microsoft is not under the same level of scrutiny as other tech stalwarts,” Dan Ives, an analyst at Wedbush Securities, said in a report. He refers to the “Big Tech”: Google, Apple, Meta and Amazon. The fifth is Microsoft itself. All of them American and the most valuable worldwide. In fact, the alert about a presumed market concentration has initiated investigations by the Department of Justice and the Federal Trade Commission in the United States and the European Commission.

The great catalog that Xbox One will benefit from

With this operation, the great beneficiary is Microsoft’s star console, Xbox One, which competes with Playstation 5 for being the best desktop console of the current generation.

Microsoft also dominates in mobile gaming (King) and eSports (Blizzard). At a stroke, this company becomes the largest player in the video game industry. Without forgetting the famous multiplatform titles like Candy Crush, Spyro the Dragon, World of Warcraft, Overwatch or Guitar Hero , also developed by Activision.

Without a doubt, we will have to be vigilant in case Sony , Microsoft’s main competitor in the world of gaming, will fight back with another dizzying operation to reposition itself in the market. In Your Technological Blog we will continue telling you any news that occurs in this regard.