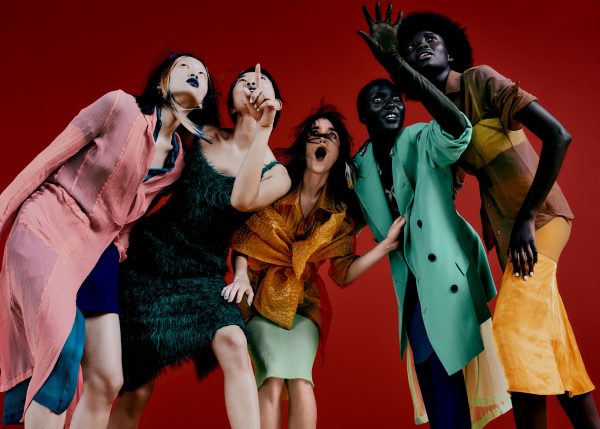 The miniskirt, transparencies, tailoring, functional pieces… These are the garments and styles that will define the coming months.

It’s time to study the trends for spring-summer 2022. If you are one of the first in the class, your analysis may have started months ago, but you are either one of those people, or you are one of those who immersed themselves in the notes the night before the exam, this is the matter. These are the clothes and the styles that you will see, and a lot, during the next months.

Savvy shoppers at Net-A-Porter announced that for them, there is no garment that defines fun better than the miniskirt. It has appeared among the proposals of the great houses in its purest version, that is, very, very short; an allegation of hedonism that cannot be ignored. This is what emerges from almost all the brands that have included one in their parades, but Prada stands out above all. The reason? Among Miuccia’s creations, there are not many long shorts and, even so, they took center stage in that simultaneous parade that was defined as sexy.

That same idea of sensuality was also present in Miu Miu, another of the firms that have boasted more and better of these concise measures, thanks, moreover, to placing the waistband on the hip, in an obvious and gimmicky nod to the style of the 2000s. so present here and now. The same has been seen in Blumarine, Balmain, or Loewe, which uses asymmetry to add a twist to this skirt.

This is another example of that fun that is now claimed in fashion, of that joy of dressing that permeates a ‘print’ as forceful as this one. Because references to ‘ Beetlejuice ‘ aside, what is striking is that from Marni to Carolina Herrera New York they have fallen into the literality of black and white lines, only making it more sophisticated thanks to the fact that they fill long dresses.

THE TRADITIONAL AND PASTEL COLOR BLOCK

The two predominant palettes this spring-summer 2022 are opposite in their intention: while the most vibrant and saturated one aims to stand as a visual shock, as an aesthetic remedy against apathy and uncertainty, the second aims to calm, provide a certain sense of well-being which, interestingly, can also have the same energizing effect as the previous one. In one, fuchsia pinks and oranges stand out; in another, lilacs, light blues, yellows, and pale greens. So what do they have in common? The mode of use.

Although it is clear that both one range and another appear alone, the favorite mode of presentation, according to what is seen in Loewe, Halpern, Rodarte, Moschino, Versace, or Tom Ford, is together, both in a printed format and creating blocks itself. . Leaving aside the shape, what is clear is that the monochrome look is not going to live its best moment… except with white.

Yes, it is true that most of the spring-summer 2022 outfits appear in various shades, playing with sometimes risky color combinations that reflect the joy of dressing again, hopefully, for the street. However, the resounding exception is the immaculate looks, white from head to toe, which lead to known and safe territories.

What happens with these ‘total looks’ is that they redirect the focus of attention to textures and patterns; an absence of color that allows other formal features to stand out, as with grisaille. For this reason, Saint Laurent by Anthony Vaccarello’s XL shoulder dress has little to do with Peter Do’s 90s minimalist flair; with the more traditional femininity of Proenza Schouler or Carolina Herrera New York, or with the new ‘power dressing’ by Fendi.

If you want to interpret white in a retro key, Dior and Tod’s are the places to go; for sensuality, go to Emilio Pucci, Alberta Ferretti, Isabel Marant, JW Anderson, or Valentino, and if you prefer pure romanticism, Molly Goddard and Simone Rocha are the answer.

Be that as it may, the examples of transparencies are, if possible, more extreme in Givenchy or Fashion East, where the fabric takes on an aquatic aspect; while flowers soften (slightly) the effect in JW Anderson, Valentino or Giambattista Valli. Of course, the transparencies also appear on the shirts of Rejina Pyo, Etro, Erdem, Emporio Armani, Emilio Pucci and Dior, but the special mention goes to Schiaparelli and his references to Helmut Newton.