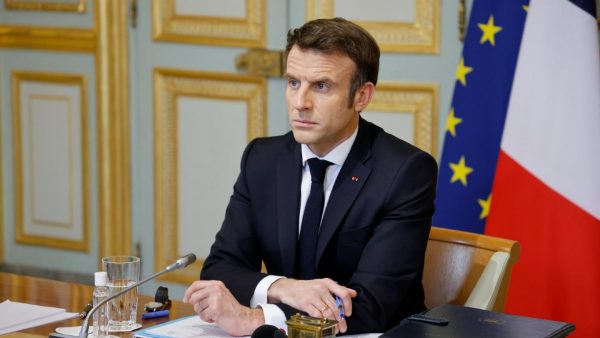 The recently re-elected president of France, Emmanuel Macron, inaugurated his second term this Saturday, May 7, in a ceremony at the Elysée Palace. In the midst of a campaign in the country for the legislative elections next June in which his former rivals in the presidential elections seek to reduce space for the ruling party in Parliament, Macron gave a speech in which he appealed to share objectives and responsibilities at the national level to build a France “more alive and stronger”

Union, innovation, and strength are the underlying signs with which Emmanuel Macron hopes to govern France in his second term in office.

In a country where presidents are rarely re-elected, Macron won 58.5% of the vote in the second round against far-right leader Marine Le Pen, despite strong opposition to his business-friendly policies and a proposal to increase the retirement age. Of the eight presidents that the Fifth Republic, founded by de Gaulle, has had, only four have been re-elected, including Macron.

Macron managed to be re-elected, but he is aware of the political divisions in his country. In his inaugural speech for the second period of government, the leader appealed to share “the objectives, ambitions, and responsibilities at the national level and make the Government, the Administration, the Parliament, the social partners, the associations work together ( …) all political forces must be active, economic, social and cultural, to decide and do”, he affirmed.

After the first period of government marked by some crises such as the massive protests of the ‘yellow vests and the Covid-19 pandemic that severely affected the economy, the head of state promised to find a “fair method” to govern the country and alleviate social tensions by making the Executive and the Legislative work together with unions, associations and other people from the political, economic, social and cultural world.

“We need to invent together a new method, far from tired traditions and routines, with which we can build a new productive, social and ecological contract,” the president stressed before the 500 guests, including former presidents Francois Hollande and Nicolas Sarkozy; as well as the former prime ministers Edouard Philippe, Manuel Valls, Alain Juppé and Jean-Pierre Raffarin, among other figures of the State.

The leader of France, one of the main powers in the world, also begins a second period in the Elysee in the midst of the war in Ukraine, the first in a European nation since the Balkan War in the 1990s and whose effects on economic and political reverberate in the continent.

Macron assured that he will take “measures to avoid any escalation (…) to help democracy and courage to win, to build a new European peace and a new autonomy on our continent,” he stressed.

In his ten-minute speech, the French leader also called for “relentless action” to “be a more independent nation-building our French and European responses to the challenges of our century.”

Macron did not ignore environmental concerns and their challenges, for which he reiterated that he is committed to “the oath to bequeath a more habitable planet and a more alive and stronger France.”

“The third round”, Macron’s immediate challenge

In addition to the challenges he faces as one of the main leaders in the European Union, his closest challenge is in the legislative elections on June 12 and 19.

His rival in the first presidential round, the leader of the extreme left, Jean-Luc Mélenchon, has warned that it will be a “third round” with which he aspires to reduce the political space of the president in the Legislative. To do this, he has formed a historic coalition on the left.

In short, great challenges await Emmanuel Macron in the next five years at the head of a highly polarized France, in which the left and the extreme right won notable votes in the first round of the elections, and in which there is vast discontent because of the social and economic situation. Not to mention the challenges posed to France and the European Union by the war in Ukraine and the tensions with Russia, the re-elected president will not have an easy time.