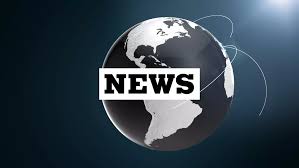 According to Reuters, The State Council of China has recently decided to appoint Li Jiachao as Hong Kong’s Chief Secretary for Administration, Deng Bingqiang as Director of the Security Bureau, and Xiao Zeyi as Chief of Police.

Xinhua News Agency published a press release on Friday and stated that the State Council also decided on June 23 to remove Zhang Jianzong from the Chief Secretary for Administration, Li Jiachao from the Security Bureau, and Deng Bingqiang from the post of Chief of Police.

The Chief Executive of the Hong Kong Special Administrative Region Carrie Lam will meet with the media at the government headquarters at 11:30 this morning.

The government structure of the Hong Kong Special Administrative Region is headed by the Chief Executive, with three departments and 13 bureaux (Secretary of Administration, Finance, Department of Justice, and 13 policy bureaus). Carrie Lam’s term of office begins on July 1, 2017, for a period of five years. (Finish)